Life presented us with two special and beloved children, Maria Paula and Samuel. However, from an early age they were fighting for life.
There were many hospital admissions until we reached a definitive diagnosis of Rare Congenital Immunodeficiency. Since then we have discovered that the only way to keep them alive would be a bone marrow transplantation, so we began the search for donors, hoping for the best and in the confidence that God would help us.

It was from REDOME that we received the two good news that there were donors for our children, a Brazilian for Maria Paula and an American for Samuel. The brothers’ transplant occurred within a week difference between them, and despite all the suffering that the moment represents, it was a success! The marrow engraftment was 100% and our children were totally healed.
During all transplantation process we kept an infinite gratitude for the donors and we often dreamed of meeting them!
After two years of transplantation, we had the honor to meet the donors at the 10th REDOME Council meeting in Rio de Janeiro. We sincerely miss words to describe this meeting. Days before our children, we and our family could hardly sleep from so much anxiety and emotion.

Maria Paula and Samuel, although they are children, knew exactly the value of the donors, they already loved José Ciocca and James Da Rosa before even knowing them. Maybe the many years of illness and many limitations of their childhood social lives have taught them the overwhelming sense of the word gratitude towards the donors.

The meeting was the meeting of souls, of hearts … it seemed an endless dream!!! But it was real!! We spent unforgettable moments together, many conversations, many tears, many smiles. And even if we were confident and optimistic about the healing of our children, we did not expect to experience such joyful moments with the donors. This story has brought us together as a family forever.

Often, as parents, we ask ourselves: How can we express real gratitude for someone who returns the life of a child? In our case, two children!!! It’s difficult to express! The link was formed forever. We just love José Ciocca and James DaRosa! 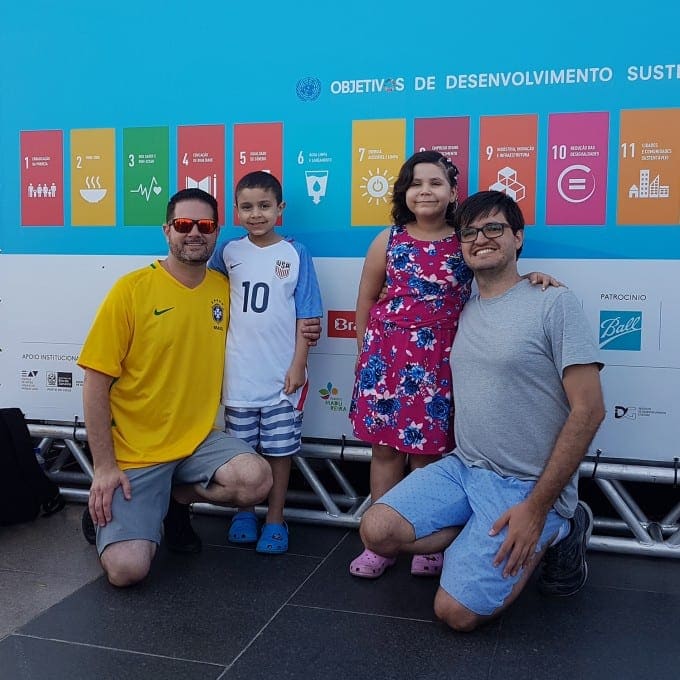