This story is about two siblings, separated by more than 2000 kilometers but strongly united by a bone marrow transplant. Helder is living in England, hopefully waiting for the graft, and Tânia in Portugal, eagerly waiting to give. On the 17th of March 2022, during the cell collection by apheresis, she remembered how the journey began.

Helder was born in the north of Portugal, where he lived until he was 25, having gone to England to work in a construction company as a surveyor; he has two sisters, one living in England and Tânia in Portugal.

He was healthy until the 22nd of October 2021, exactly two days before turning 41 years old, when he had diarrhea; he went to the doctor, performed an analytical study, and the diagnosis – severe aplastic anemia – was made one month later, after several infectious complications. At that time his physician told him that he had to do a bone marrow transplant. The histocompatibility studies revealed that Tânia was compatible.

“I always thought I would be compatible and I found out about it on Christmas Eve. I read and reread the result, not wanting to jump to conclusions. Should I laugh or should I cry?” Looking for an answer, Tânia called her brother and he found out from her that she will be his donor. Then, the two were laughing, happy, on the phone: it was the gift they gave each other that Christmas.

At the beginning of the year, the transplant date was finally proposed, but it had to be postponed because Helder caught Covid 19. The English and Portuguese Registries agreed that the collection would take place in Oporto and the transplant in Oxford. In mid-February, Tânia accepted the new collection date without any doubts or fears.

On the harvest day, just before the venipuncture and connection to the apheresis equipment, she sent a loving message to his brother saying that she had done five days of G-CSF mobilization solely to enrich the marrow for him. Once again, she smiled with tears in her eyes. “Now I feel that everything will be fine with him and, if I have to, I will come back tomorrow, I will come back whenever he needs to. I really want a part of me to be his too.”

At the end of the collection, Tânia held the bag full of life-saving cells with a gentle grip and, with a tender smile, whispered “Cheers Helder! The best brother I could ever ask for.” 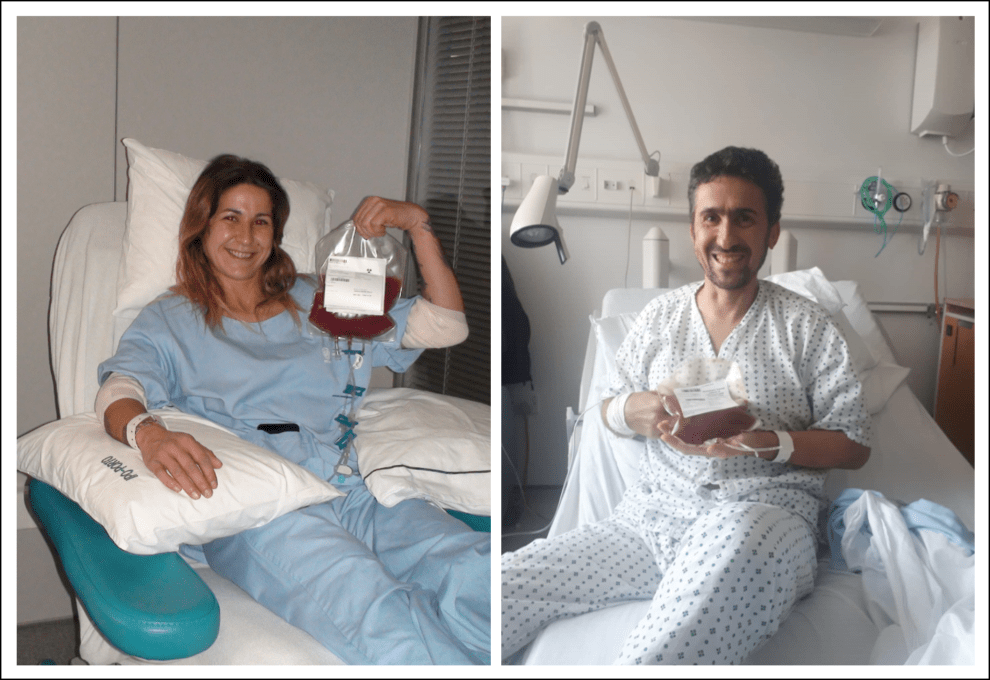