Ricardo is 29 years old and is from Ovar, a city in the North of Portugal. He currently lives in the South with his partner Liliana, their 20-month-old son Santiago and their two dogs, Thor and Ballu. He has a strong enthousiasm for outdoor activities and started canoeing at the age of 16. His mother, who raised him and with whom he is very close to, has always encouraged him to pursue his dreams.

Today, in the middle of summer, he is harvesting hematopoietic stem cells for a patient he doesn’t know. Sitting in an armchair, connected to the cell separator through an apheresis catheter in the right femoral vein, he proudly remembers how the whole process began.

He started his professional career as a soldier in the Portuguese Army when he was 17 years old. He applied with passion, following his childhood dream, and with honor in serving his nation. During the recruit, there were two moments that strongly marked his mindset in life:  learning of Army values and a lecture on voluntary bone marrow donation. Inspired by what he learned, it was without hesitation that he signed up as a donor in the Portuguese Registry, ready to donate to anyone who needed it.

A few years later, at the age of 22, determined to keep serving the ones in need, he joined the Public Security Police, after a rigorous physical and cognitive selection. Due to his new schedules, he was forced to abandon his hobby of canoeing, but he quickly found a passionate option in trail running and mountain biking.

When he received the much-desired phone call, he was also informed that there were two more donors undergoing the compatibility study, so it was possible that he was not going to be selected. But he was, and his “Yes” was immediate. He decided to keep this a secret from his family and only shared the good news on the eve of the evaluation appointment.

In his own words, and out of curiosity, he would like to know the genre and age of the person he is donating to. When asked what it cost him the most during the donation procedure, he mentioned the growth factor injections because of the lower back pain, which was more intense at night and prevented him from having a peaceful sleep.

Neverthless, “It is a noble cause”, as he said, and his values always spoke louder: availability, discipline, loyalty and courage to face risks and overcome adversities.  Ricardo is a strong and determined person, whose life mission as always been helping others, but he admits that donating life-saving cells has been the “cherry on top of the cake” to make him feel fulfilled as an human being. 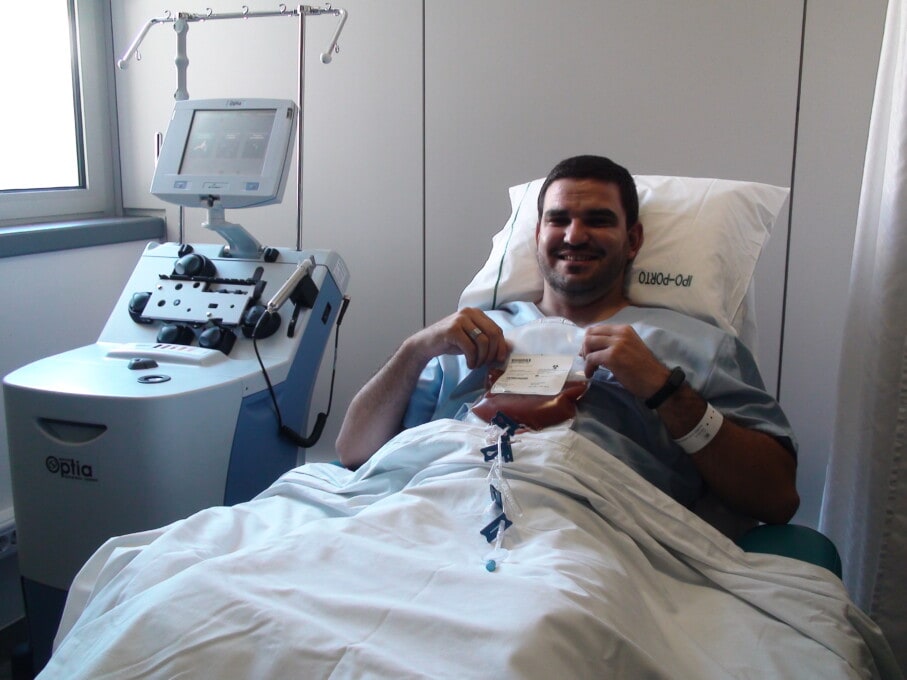