Pedro was born in Madeira, a Portuguese archipelago, but moved temporarily to Lisbon, to study in the National Maritime College. When he was 23 years old, his teacher was diagnosed with a malignant disease and needed a bone marrow donor. This story touched all the students and when he lacked a family donor, they decided to join the national registry of bone marrow donors.

Several years passed, and Pedro was back in Madeira, working as a sailing coach and managing a local accommodation company. Aging 29 years old at the time, he was informed that he might be a match for an unknown patient. Additional blood analyses were performed in Madeira and, as the match was confirmed, Pedro was proposed to donate in Porto, a city in the north of continental Portugal. Despite the more than 1000 Km that separate the two regions, he promptly accepted it. The first time, he went to evaluate his suitability and eligibility as a donor; the second time, to perform the collection of peripheral blood stem cells.

No complications were registered during the procedure, which was completed in a single day. In the end, Pedro felt a deep sensation of accomplishment. The recovery was fast and he got back to work as soon as he arrived to Madeira.

Four years later, Pedro was asked for a second donation to the same recipient. This time, lymphocytes would be the collected cells, but the process of apheresis would be similar. Despite remembering the long duration of the procedure, he had no doubts and confidently said “Yes”. The plane trip of over 1000 Km during the COVID-19 pandemic was no obstacle for Pedro.

During the whole donation process, his family’s support was crucial, particularly from his girlfriend. They live together with their 4 dogs, and she is always by his side.

Pedro is curious to know the patient identity, but always agreed with the anonymity of donation: “I am not someone’s donor, I am everyone’s donor”.

After 10 years of his registration as a voluntary donor and two cell collections, Pedro is profoundly aware of the importance of bone marrow donation. However, he noticed that there is no information about this process on his island. He has been trying to spread the word among family and friends, but he guarantees: “Madeiran people do not have fear, they do not join the cause due to lack of information”. Pedro hopes that his testimony can alert the authorities to reach people who live in remote places. 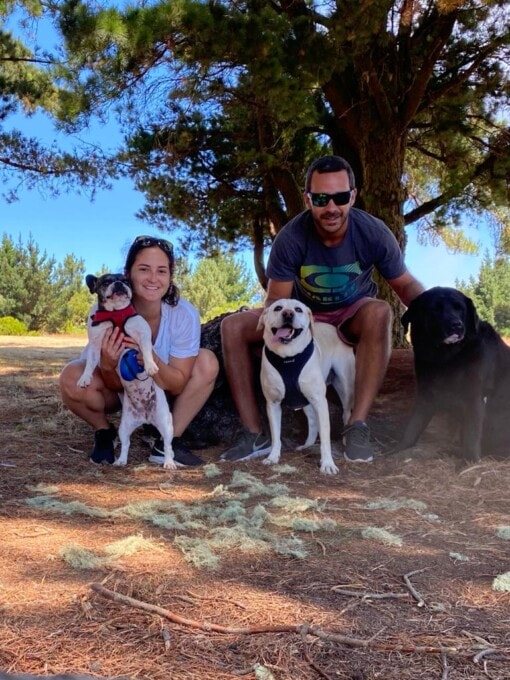