Elizabeth and Kathryn Girtler are healthy 9-year-old twin girls. But that wasn’t always the case.

Friday night, at a gala event for Be The Match, a Minneapolis-based nonprofit organization that matches patients with bone marrow and umbilical cord blood transplants, the Girtler girls finally met the man who changed and saved their lives: Ingo Gruda. The girls – the whole family – said thank you.

“Saying thank you isn’t enough,” said Michelle Girtler, the girls’ mother. “It’s like a cliché. We said, ‘You are forever our hero.'”

For his part, Girtler said, Gruda told the girls they were now a part of his family. Which is correct in a way. According to the Mayo Clinic, a bone marrow transplant is a type of stem cell transplant, which means the blood created in the recipients has the DNA of the donor.

The Minnesota City twins were diagnosed with amegakaryocytic thrombocytopenia, a rare condition that prevents blood from forming the platelets needed for clotting. The condition, which is inherited, eventually can lead to leukemia.

The Girtlers knew something was wrong when, as infants, the girls were pricked on the heel during a routine blood test and the wound would not clot. It took nearly three years to get a precise diagnosis – first for Elizabeth – then the girls were connected to Be The Match by the Mayo Clinic.

“It wasn’t even 90 days to find the match,” Michelle Girtler said. “It was really fast.”

In fact, she said, several donors were found. But the girls’ doctors wanted a donor who could donate enough marrow for both of the twins. That meant Gruda, who lives in Munster, Germany. The idea was if the girls ever needed any blood or marrow in the future, one could be the donor for the other.

At the age of 3, Elizabeth went first. Girtler said the transplant team did not want to do both girls at once for a variety of reasons, including the confusion of having two transplant patients with the same disease and same last name in the hospital at once and the impact it would have on the family.

Kathryn received her transplant a year later at age 4. Once she recovered, both girls have lived normal lives. “They have no limitations,” Girtler said. “It’s not like a liver transplant. They don’t have to live on medication. This is their cure.”

Friday night, the girls had a normal reaction to meeting Gruda.

It started with Elizabeth. Michelle Girtler said the girls never have been shielded from the condition they had and how sick they were. During a video montage, Girtler said, her daughter saw a photo from when she was sick and the tears just started.

“I think, for us, it gave us closure on their illness, being able to thank the man who saved our kids when we couldn’t,” Girtler said. 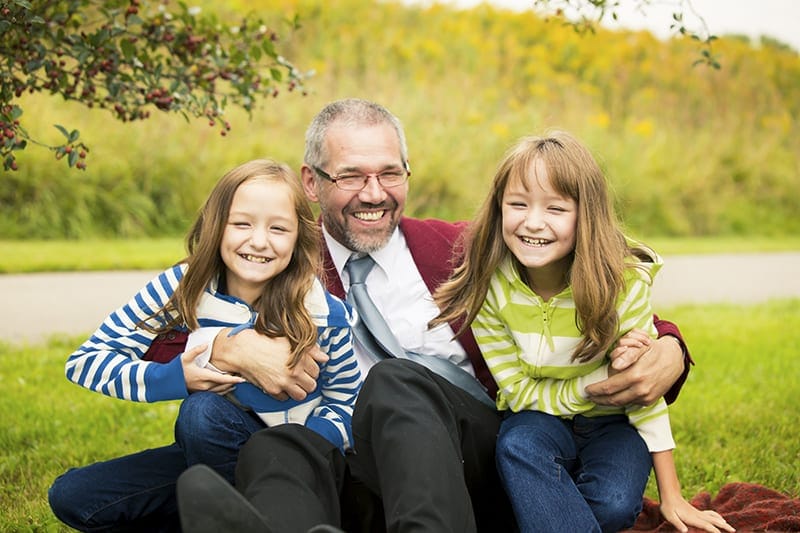