I live in Australia and in 2010 I was diagnosed with Hodgkin Lymphoma when I was 24 years old. I underwent various forms of treatment including chemotherapy, radiation and an autologous stem cell transplant but unfortunately none of these could get the cancer into remission.

In 2011 I was told I would need to undergo an Allogeneic transplant and from the beginning my doctor told me it would be difficult to find my match due to my Lebanese heritage. This was the first time my family and I had even heard about the existence of the bone marrow registry and we were really shocked and devastated to learn that something like my cultural background could discriminate so much against me that I may not even have the chance to live. 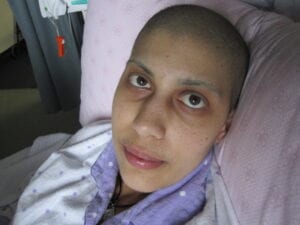 Waiting for my donor was agonising, we felt like we were in limbo and there was such little awareness about stem cell donation, we had no idea where to begin to educate our family and friends about it. At that time in Australia there were no organisations actively promoting the Australian registry so we had no resources or support to even try and recruit more people, we felt hopeless.

My brother decided to set up a Facebook page to share amongst our networks about my situation to encourage people to join the donor registry, a friend of mine alerted the local newspaper about it and then suddenly I was contacted by a lot of media and the story went public. I attended interviews on major news channels and TV programs, newspapers, radio and more! It was a very overwhelming time but I saw it as a great opportunity to help increase awareness about stem cell donation, strangers from all around Australia and even the world reached out with beautiful messages of support and it really lifted my spirits

I also learnt that the President of Lebanon was visiting Melbourne soon (at the time this was Michel Sleiman), it was the first time a Lebanese President had come out for an official visit. We thought it was a long shot but I got in contact with the President’s team and set up a meeting with him! We met in his very fancy hotel suite surrounded by a lot of Lebanese media! I discussed my situation but also highlighted that Lebanon did not have its own donor registry and one should be set up. In his final speech in Australia the President spoke of my plight and urged all the people with Lebanese heritage in Australia and around the world to join the donor registry in their country. He also set up a team to start looking into creating a donor registry in Lebanon.

Eventually in 2012, I was told they found me a matched cord blood unit. In July 2012 I had a double cord blood transplant – 1 cord from the US and the other from Spain. In the end it was the Spanish donor’s immune system that took in my body, and thankfully I have been in remission since the end of 2012. I wish I could reach out to my donors and their family but due to privacy I’ve been told that I can’t. I think about them often and every day I am grateful for my 2nd chance in life due to the kindness of a stranger who I will never meet.

My story continues because after my transplant I did some research and realised there was a big gap in Australia’s system and that there were many barriers that made it difficult to join the donor registry, realising there was not 1 organisation actively promoting the cause and continuing to hear stories of other patients struggling to find their match, I started UR the Cure. UR the Cure has achieved a lot over the years, we’ve been invited to present at different conferences, facilitated donor drives, invited to participate in many media stories through TV, newspapers and radio, built a social media following, met with various politicians and key stakeholders at the ABMDR and more!  It’s run completely by volunteers and keeps me very busy as I run it part time while I work my other job within HR.

We also wrote a submission to the government with recommendations on what we believe needed to change in Australia to make it easier to join – one of which was to introduce cheek swab testing.

Finally about 1 year ago Australia introduced cheek swab testing and the Australian Bone Marrow Donor Registry asked UR the Cure to become an official partner to help recruit more people through cheek swabs. This was a huge milestone because for the first time ever we had access to reporting so we could measure our work and see how many people were joining from our activities! Something that was never available before through the blood donation service. It gave us confidence to further invest in UR The Cure and we have being focusing more now on fundraising so we can continue to grow our activities, most recently we have setup an Online Fundraising shop!

I have a few wishes…My dream is that every person, no matter what their ethnicity will have the same chance to find their stem cell match. I wish that Australia did not have small limits to the number of the people it can test and that there was enough funding to have no limitations to the number of people we can test…we have a very multicultural country with so much potential. I wish Lebanon could have its own donor registry (and many other things I wish for Lebanon but that list is too long to share here)! And I wish that I could meet my donor to tell them THANK YOU! 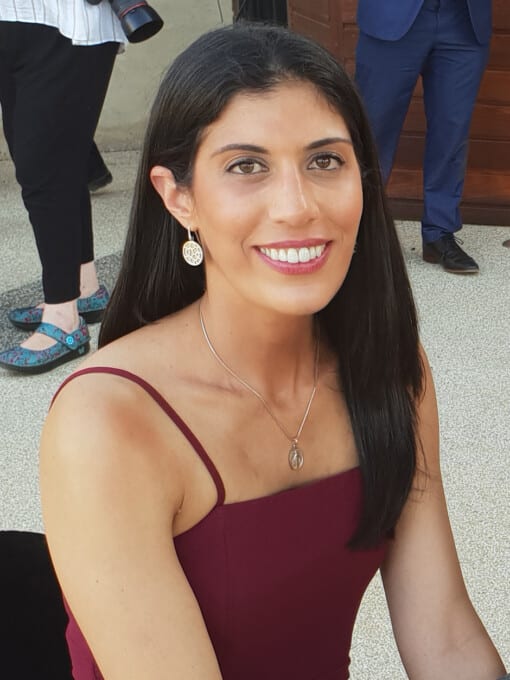