The SABMR’s International Family Assistance Program: Tanzanian donor comes to South Africa to donate for brother in the United States.

For about 30% percent of patients in need of a bone marrow transplant, their donor is a blood relative. But sometimes, the patient lives overseas from his or her donor. When someone has immigrated to North America or Europe and then gets sick, it can be a very long, expensive, and often unsuccessful process for their donor to obtain a medical visa to travel for the transplant – and most patients cannot afford to wait. That’s why the South African Bone Marrow Registry has the International Family Assistance Programme: to help ease the logistical and financial challenges associated with international family transplants. We believe everyone deserves a chance at life, no matter where they live.

Under this programme, although neither donor nor patient is from South Africa, the SABMR steps in to coordinate and help pay for a donor’s travel from an African country to South Africa to collect their stem cells. The SABMR then couriers those stem cells to the donor overseas, all at no charge to the donor or the patient. The SABMR handles all financial logistics behind the scenes in coordination with the patient’s registry and organisations like the National Marrow Donor Program. So far, the SABMR has assisted with everything from blood sample testing to stem cell collection for over 20 patients under the International Family Assistance Programme.

In March 2020, a 38-year-old Tanzanian donor was flown by the SABMR from Tanzania to South Africa to donate stem cells for his brother in the United States. Donor Fadhili Mussa Mahendo is the first of seven children in his family, and his brother, the fourth youngest and seven years younger than Fadhili, immigrated with his family to New Jersey in 2008.

The SABMR contacted Fadhili in January to tell him that he was a possible match for his brother. One week later it was confirmed that he was a haplo match, or a half match, which is sufficient to undergo a transplant. The SABMR then planned Fadhili’s travel to the transplant center in South Africa, paid for and booked his flights to and from Tanzania, and paid for his accommodation and food while in South Africa. The SABMR also coordinated and paid for the courier service to get the stem cells to Fadhili’s brother in the United States. Fadhili did not have to pay for or plan anything.

On Monday, March 31st, Fadhili underwent the donation procedure in Cape Town’s Netcare Kuilsriver Hospital. The process took almost five hours. “To be honest, I expected pain,” Fadhili explained, “but when I was in the procedure, I didn’t feel any pain. But my friends and coworkers and even my family members, they thought the process was a surgery, so they were worried. But I taught them that it’s not surgery, it’s a safer process and you don’t feel any pain.”

For Fadhili, the ability to donate for his brother was an incredible gift. “I’m so happy to be a donor because I saved the life of my brother, and the process of donating is very simple to do.” 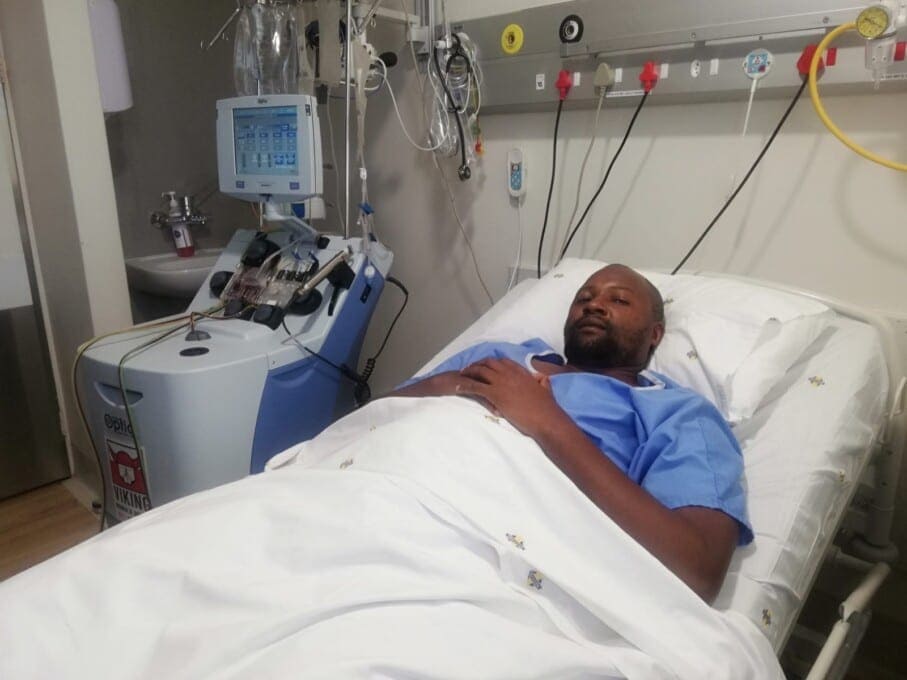