I’ve lived in the U.S. since 2001, when I traveled from Colombia to complete my economics degree at SUNY Albany. After I graduated, I moved to New York City and landed a job at Citigroup, where I worked for nearly seven years. During my time there, DKMS came to a company event to promote leukemia awareness and swab potential donors. I was swabbed that day and called as a potential match six months later. While I matched the patient, there was another potential donor with a closer match than mine.

About a year later I was called back. This time, there were no closer matches to the recipient that mine and I was psyched!  After several discussions with my wife, we decided we were ready to donate. The day of the surgery was surreal. All the doctors and nurses were impressed with my bravery, but deep down I was scared. I woke up two hours later with some discomfort, but within a few hours I was back on my feet. Life went on as normal.

Three years later, I received a phone call asking if I wanted to talk to the patient who received my bone marrow. I yelled, “Yes! I can’t wait!”  A few weeks I was given a name and phone number. It was an odd number. Turns out, the patient lived in Germany.

I combed through social media, trying to find a face. As I continued my search, I received a direct message saying, “Hey I’m Maurice, I’m 14 years-old now and I live in Germany. You [gave] me your bone marrow in 2011, I really, really thank you, you saved my life!!!” We texted for weeks, giving each other’s side of the story. He was a true hero in my book.

After having our first daughter, my wife and I decided to take a trip to Paris. Maurice, kept asking questions – I didn’t think too much of it because Germany is far from Paris. Or so I thought. Yes, he showed up. Maurice, his father, and his mom drove five hours to spend a day with us while we were there. We visited famous tourist attractions, shared a lovely meal and spent unforgettable moments together. He is now part of my life and I consider him my new little brother—someone God has sent to amend the loss of a younger brother I lost a long time ago. Maurice is my angel on earth. 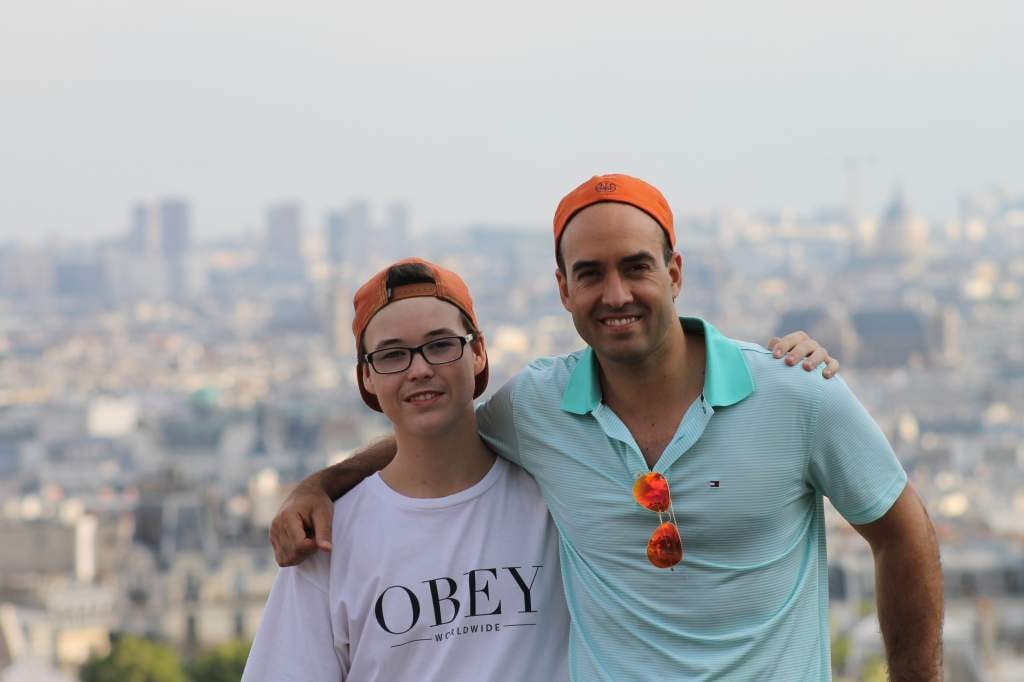