In March this year, bone marrow donor Max and patient Lawrence met for the first ever time!

When Lawrence Trace, 59, from Wales was diagnosed with Hodgkin Lymphoma in 2005, his only hope was a bone marrow transplant. There was only one suitable match on the worldwide register – 21 year old Max Jeckeln from Raunheim, Germany.

Max donated his stem cells at a hospital in Germany, which were delivered to the University Hospital of Wales the next day, and within hours Lawrence received his transplant.

The pair built up a close friendship over letters, emails and phone, and the family were keen to meet Max, so they arranged a flight for him to visit Wales and stay with them!

The Welsh Blood Service and the Welsh Bone Marrow Donor Registry were honoured to be joined by them both at their headquarters with Dr Keith Wilson, who worked with the bone marrow team and the donor centre in Germany to ensure the donor cells arrived safely, which saved Lawrence’s life.

This is Lawrence’s story of battling with blood cancer:

July 2005 I was diagnosed with Hodgkins Lymphoma, immediately started on high dose chemotherapy, which lasted about 30 weeks, 2 months rest, then a month of intense radiotherapy, the cancer was 3 large Lima in my chest.

A couple of months after this treatment finished, I was sent to a large cancer centre in North London for a pet scan, results came back negative PET, remission. Unfortunately this was short lived, 5 months later the cancer was back, I now had grade 4b relapsed Hodgkins Lymphoma, in my abdomen & around my spine, I then entered hospital for another year of high dose chemotherapy & to prepare for my 1st bone marrow transplant, which was an autogulous transplant.

During this time my sister was diagnosed with AML, we were now both being treated in the same hospital, & by the same medical staff.

For a couple of years after transplant I was sort of ok, but lots of infections.

Early in 2011 lumps were growing in my neck to my groin, things were not looking good, & I was diagnosed relapsed, my 3rd diagnosis for Hodgkins Lymphoma. My treatment options were very limited, & they were searching the world for a suitable bone marrow match, to try & get me into partial remission for transplant, I had another 6 months of chemotherapy, that they use for liver & bowl cancer, their was no match in my family.

After about 8 months a match was found in Germany.

Sadly my joy turned to great sadness, as my sister died from leukaemia a couple of weeks before I was due to enter the bone marrow unit for the 2nd time, to have an allogeinic transplant.

I had the transplant, more isolation, but eventually the graft worked, 2 years of infections followed, but I got stronger, managing to cycle for charity, raising money & awareness of blood cancer, & trying to get people to sign u to the bone marrow register. 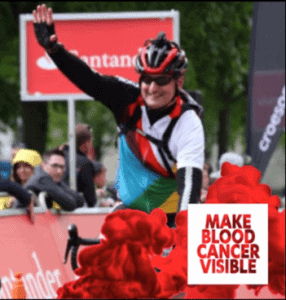 I have also had the great privilege of meeting & thanking my young German life saving donor. 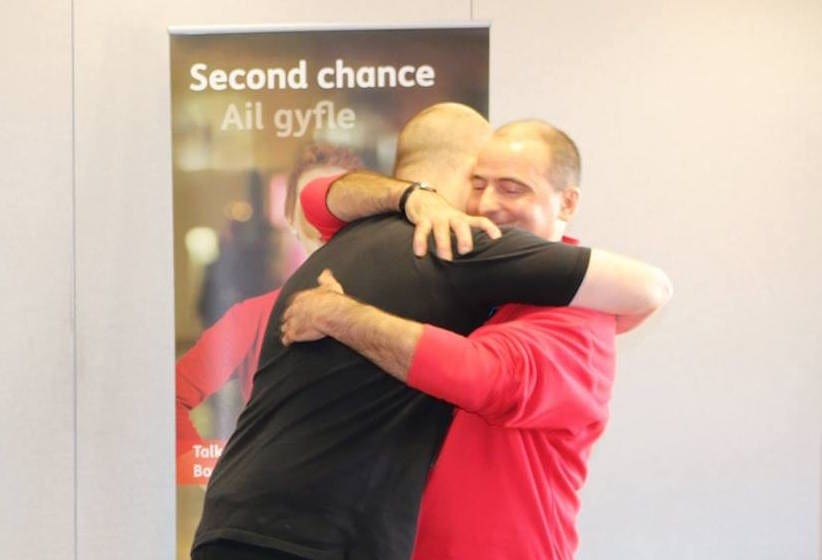