We have so much to talk about!

Thousands of patients around the world need a stem cell donor each year. Every day 46 voluntary donors donate their stem cells. They give hope to the once in need. There is a strong story behind each donation. Annually Czech NMDR gives the opportunity to a carefully selected donor and a recipient to meet for the first time face to face. In 2016 it was the turn for sixteen years old Nikol, who is 9 years after a successful transplant and the saver of her life Lenka. In the evening of April 22nd life’s of Nikol and her donor Lenka changed at the Czech NMDR „Donor Thank You Evening”.

The story of Nikol:

Nikol was diagnosed with leukaemia at the age of three. She has managed her treatment well and returned to her games, however the happy times did not last for ever. In another three years, just when Nikol entered the first class the disease stroke again. Unlike the first treatment the trails of the disease were remaining in her organism. Stem Cell Transplantation was necessary. There was no suitable donor found within the family. Nikol needed an unrelated match donor to be found. She found her match and she received a stem cell transplant from an anonymous Czech stem cell donor in 2007. Nikol has recovered.

Nikol is an ordinary girl, loves chocolate, she dances competitively group Aerobics, studies first year Pedagogic Lyceum. Nikol was told everything about the disease she has defeated. How she grew she often thought of the person who helped her when she need it the most… Yet they have the same blood group after the transplantation.

The story of Lenka:

Lenka was born 1982. She donated regularly blood during her studies at high school and as soon as she heard about Czech NMDR she has joined the registry. In 2007 Lenka was chosen as a potential donor which was confirmed after verification blood typing. Lenka was than chosen by the transplant centre to be the best match and donated her stem cells to an unknown recipient in the collection centre in Pilsen. Immediately after the transplantation her stem cells travelled accompanied by a personal courier to University Hospital in Prague – Motol and were transplanted to Nikol. Seemingly simple. Lenka afterwards continued to live her life. Today she is married and has 5-year-old and 3-year-old children.  Lenka also often thought about her patient…….

Lenka and Nikol are enrolled in each other’s lives. Despite not knowing each other before. Meeting each other was both strong and emotional experience. They had so much to talk about…. 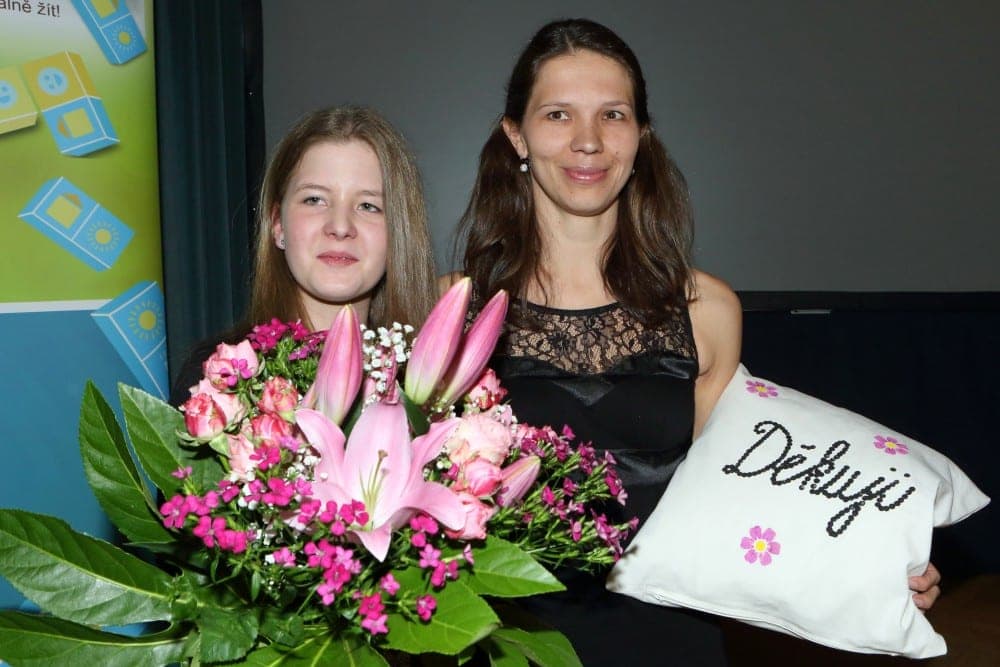