Skip to content
Maria is a young girl from Vila Nova de Famalicão, a city in the north of Portugal. When she was 14 years old, and after a routine evaluation, a low platelet count was the first sign of something wrong. At the age of 19, her yet unknown clinical condition progressed to low levels of every blood cells, and the diagnosis of Aplastic Anemia was then established. In this autoimmune disease, the bone marrow is incapable of producing blood cells in sufficient numbers. She became dependent on bi-weekly transfusions, which severely impaired her quality of life. She used to feel endless fatigue from the moment she woke up to the moment she fell asleep.

When she was 20 years old, her doctors proposed a bone marrow transplant. The search for a related donor began. Unfortunately, her only brother was not a match, so the alternative was to look for an unrelated donor. The brave Maria was unable to sit still and organised a vast bone marrow donation campaign.

The “light at the end of the tunnel”, as she says, began on her father’s birthday. On that day, a compatible donor was finally identified and she felt like “a second opportunity to live”. Even after that, Maria proceeded with the campaign in her college, hometown, and surrounding cities, recruiting 600 new bone marrow donors and countless new blood donors. With a smile on her face, she tells “What I always try is to help others and make a difference in someone’s life, just like my donor did in mine and in my beloved ones’ life as well”. Her strength touched and united the community.

In the same year, Maria received the bone marrow transplant, remaining hospitalized for 42 days. The will to live and the support of the family were the motivation to overcome this difficult period.

“It was like being born again… I finally feel like a normal person” – that is how Maria, now 22 years old, defines her life since the transplant. She undergoes follow-up medical evaluations due to skin problems, which are controlled with oral medication, but these events are no longer painful.

A brand new life is opened to Maria. This year, she will graduate and become a veterinary nurse while maintaining her volunteer activity as a fire fighter. The horse riding, that was an old passion, is now an activity that she can enjoy every day.

Even so, she maintains her dedication to the noble cause of recruiting new donors. 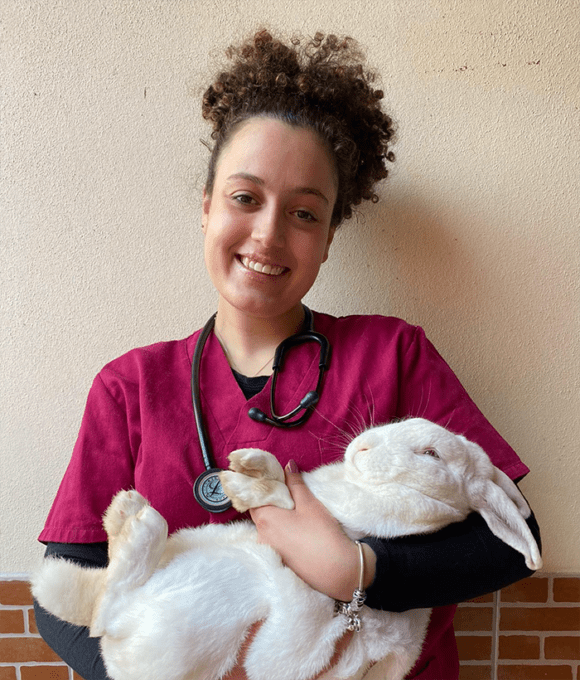