The story of Nastya Zerova, a girl from the little town of Gubakh in Perm Krai, Russia, can be called nothing but amazing. All manner of remarkable things happened to Nastya and her mother Vera thanks to the acute myeloblastic leukaemia Nastya was diagnosed with in 2008.

Nastya and Vera had originally gone to the Perm regional hospital, but even after their time there, the illness refused to give up. In 2012, Nastya suffered a relapse. That was when they went to Moscow. But their most amazing journey was still to come—four years later they found themselves in Birkenfeld in Germany, where they met Stanley Anders, Nastya’s bone marrow donor. The transplantation was supported by Gift of Life (https://www.giftoflife.eu/), a UK charity foundation helping children and young adults in Russian hospitals beat cancer.

Nastya recalls how she managed to survive cancer and reunite with Stanley in Germany after the recovery.

What do you remember about that time?

Nastya: I was 12. I went to school, and I played a lot of sports. But all of a sudden, I found myself getting strangely tired. On one occasion, I literally fainted on my way to school. The teachers sent me home and my mother and I went to the hospital, where a blood test came back positive for blast cells. My mother is a medic herself, so she immediately understood everything and told me I needed treatment.

Vera (Nastya’s mother): At first, I thought this was the end for us. But when we were hospitalised in Perm, things began to go more smoothly. The doctors were great, as were the parents staying in the ward. Everyone supported us. I think that people who have been through this kind of illness grow kinder. I became confident that nothing bad was going to happen to us, especially when I saw that the children around us really were getting better.

Nastya: I went through five chemotherapy courses, so we spent about half a year in hospital. I tried to stay positive. I have to admit I cried when my hair fell out. And then we came home and did our best to forget it all as quickly as we could. A year later, I was already back at school.

You forgot about the illness, but it hadn’t forgotten about you.

Nastya: That’s right. Five years later, it seemed like it would never come back. We found out about the relapse by accident, when I took a blood test after a cold. The test came back with more blast cells. So we went for more chemotherapy in Perm, and there they told me that I needed to go to Moscow for a bone marrow transplant.

So that’s how you ended up at the Dmitry Rogachev Centre for Haematology?

Nastya: Yes, it opened in February 2012, and we arrived in March. It’s a hospital that doesn’t feel like a hospital—more like a children’s camp. It has wonderful doctors, staff and people from the charity. They all came together to help us, and we immediately brightened up.

Vera: I still tell Nastya that if it weren’t for her illness, we’d never have met so many good people. The charity provided us with everything we needed. It paid for the flight to the clinic for the bone marrow transplant, as well as the expensive medicines and treatment we needed there. We are very grateful to everyone who donated money for us and helped us overcome the illness. We’re grateful for Nastya’s life.

Is it true that dealing with a relapse is harder than the original illness?

Nastya: For me, it was the other way around! I was much calmer. Of course, I wasn’t fearless. I knew that leukaemia kills. But I had a clear idea of what lay ahead, and I wasn’t in shock.

How did they find you a donor?

Vera: They told us that they’d found a donor with the same genotype in Germany (through the Stefan Morsch Foundation – ed.). They brought in the cells and transplanted them. It was tough at first, but overall Nastya handled the transplant very well. She didn’t suffer from a rejection reaction, which is what everyone fears.

Where did you find your strength, Vera?

Vera: I think I got my second wind, and I had faith in the future. The way the doctors and the staff acted helped a lot as well. They were all clearly invested in the children’s recovery. I’ve never seen anything like it anywhere else even though I’m a medic myself.

Nastya, what do you remember about life in hospital?

Nastya: I remember the volunteers, the celebrations and the trips. I went to the theatre, and I really enjoyed trips to the cinema, and it was great when actors and other famous people visited the hospital. We got presents for Knowledge Day and New Year. And my studies went smoothly too. They let me go back to school based on the grades I got, and I was able to graduate from Year 11.

So you didn’t want to get higher education in Moscow?

Nastya: No, I don’t want to leave my home town anymore. I’m in my third year at a medical college, studying to be a paramedic.

What details have stuck in your mind from your meeting with your blood marrow donor?

Nastya: Tears of joy. Stanley is nothing like me, but he was the one who became my blood brother. It was an amazing, incredible and very happy meeting.

Vera: I remember how he hadn’t expected in the least that Nastya would be so grown up. He thought his cells were going to a very young girl. We’re very grateful to him, and there was a curious sense of relief after we met him.

What’s happening in your life now?

Nastya: Everything’s great! I’ve fallen in love, and I live with my boyfriend rather than my mother. We have a cat. Everybody in town knows about my illness. I don’t get embarrassed or have any sort of issues about it. I’m even a little proud that I did so well, that I overcame all those trials.

You don’t think back to your illness?

Nastya: I recall it fondly, with a smile. I have a lot of fond memories, while the bad ones quickly went away. 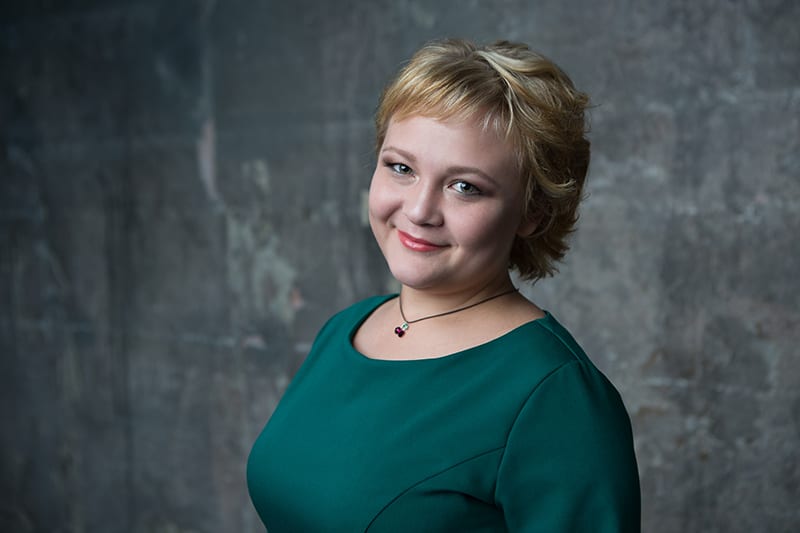