Nonhlanhla “Noni” Mtshali is a nurse from Florida, Johannesburg. For several years, Noni received multiple blood transfusions, gastroscopies, and colonoscopies in an attempt to identify an undiagnosed blood disorder. For women, a normal hemoglobin level, which measures red blood cell count, is between 12.0 and 15.5. Noni’s average was 4. But her doctors couldn’t figure out why.

In 2016, it was discovered that Noni had Aplastic Anemia, an autoimmune disease that meant her body was failing to produce a sufficient number of blood cells. It was clear that Noni needed a bone marrow transplant, so her doctor contacted the SABMR. A month later, her bone marrow donor was found in Brazil. Noni received her transplant in 2017 and it successfully cured her condition.

“I’ve never looked back ever since,” Noni said. “The transplant has done so much for me. It restored my confidence. It has given me something to look forward to. I got married the next year, and it was a perfect moment of rejoicing after everything that I had been through. The transplant gave me a second chance to life.” Now, Noni and her husband are trying for children.

For Noni, the lack of knowledge about bone marrow in South Africa is a massive problem. “There are so many people who ignore the issue or feel like it doesn’t exist to them or their family. We aren’t given enough of a platform to talk about it with the public and say, ‘This is what’s happening, and it’s really serious.’”

Noni acknowledged that this particularly affects Black South Africans. There is a disproportionally low number of black donors on the Registry: approximately 8,000 out of the 73,000 total donors registered. A donor is usually found within the same ethnic group as a patient, so more black donors are critically needed. Speaking specifically about her Zulu community, Noni explained, “The older generation is reluctant to new technology and new information coming in. They believe in traditional healing, and often they don’t believe in genetic diseases or things like that. They are comfortable with what they know.”

Noni noted that things are changing, but not quickly enough. “Medicine has revolutionized. We have a new era of medical aid, doctors, hospitals – and the older generation takes time to adjust to that. The younger generation is open to adapting, but right now they’re just not getting enough information about bone marrow.”

There are also many misconceptions about the donation process. According to Noni, “When I had to explain the procedure to my friends and family, they said, ‘You want the fluid from inside my bone to be given to you? What if I don’t have any afterwards?’ And I responded, ‘You don’t understand! You are always generating bone marrow; your marrow gets rebuilt.’”

She often brings her experience into the conversation with patients at Lancet Laboratories, where she works as a nurse. “I talk to as many patients as I can about bone marrow. I want to tell my testimony of what I’ve been through. I want them to know a second chance is possible.”

Since her transplant, Noni said, she believes nothing is impossible. “I am grateful for every day I get. There is always a solution somewhere, and I found mine in the SABMR. They are the connection between people who are looking for life and people who are giving it.” 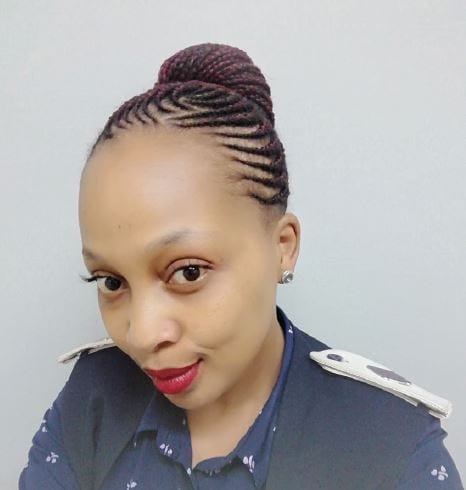