In 2007 initial typing for a diseased friend was done at the Red Cross Blood Donation Service. At the end of the year confirmatory typing followed to check compatibility for an unknown patient. In April 2008 Ralf underwent a successful donation of stem cells without any problems. The transplant was delivered to a patient in Seattle associated with the best wishes for the recipient.
Three months later Ralf received the message about patient´s engraftment and that the stem cell recipient was fine. He was indefinitely happy about this fact.
In 2010 both donor and recipient released their personal data thereby abandoning anonymity. This way a young donor and 60-years old John found together now sharing pictures and stories. Some months later Ralf was invited to Seattle acknowledging John’s gratitude. After an overwhelming stay in the US Ralf and John promised to meet again.

This was done at the 30th wedding anniversary of John and his wife. Ralf and his girl friend traveled to the US and cruised with John´s family to Alaska. There Ralf proposed marriage to his girl friend and invited John to his wedding in Germany. In 2015 John and his wife made their first long journey after transplantation and were cordially welcomed in Germany.
In June 2016 John was invited at the distinction meeting of the German Red Cross stem cell donor registry. Both John and Ralf reported on their amazing story and strong connection initiated by the stem cell donation.
In the meantime John has bought a brick to fund the Fred Hutchinson cancer research center in Seattle. A dedication for Ralf is written on the brick. 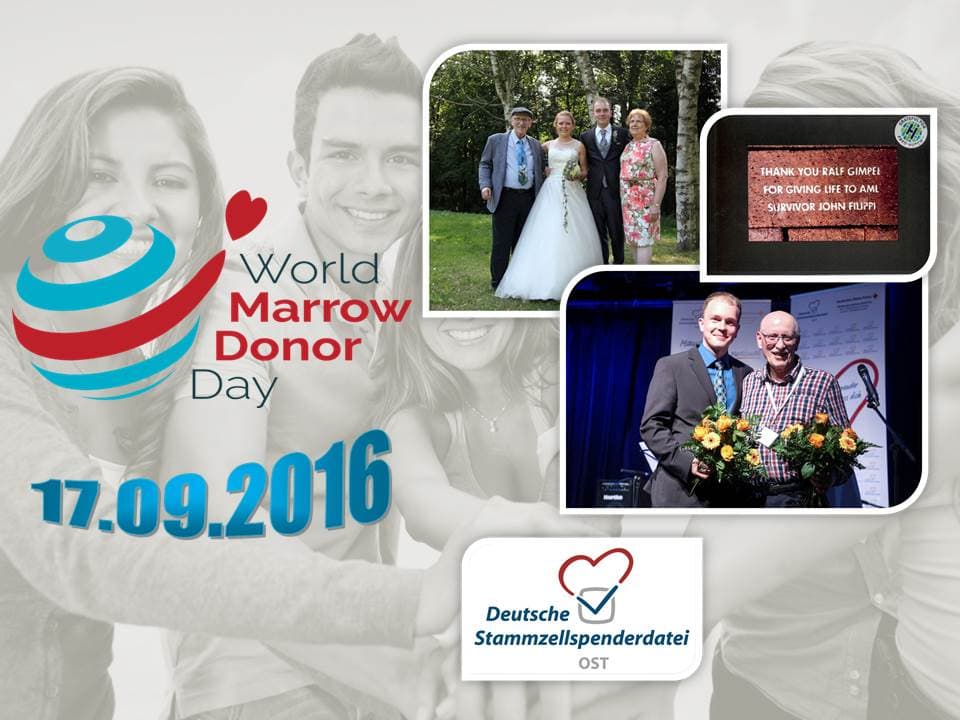