Skip to content
I am  Raquel, I became known as “vampirinha” vampire girl.
I’m  Brazilian, 32 years old and received a bone marrow transplantation  from a  REDOME donor  in 2018. When I arrived at the hospital to perform a blood exam I found out the disease, I have been admitted  for 32 days with the diagnose of  Acute Myeloid Leukemia.
I met the doctor who was responsible of my treatment and he introduced himself as a “ vampire boss”, because he loves blood. In a short period of treatment, I understood the reason of this nickname. I needed a lot of bags of blood and I got better after each infusion!
That’s why I was also called  “vampirinha”. During the Brazilian carnival holiday, after my transplantation , I asked for a medical clearance and went out for a the street carnival party dressed as a vampire, sharing messages of awareness on bone marrow transplantation and so my history became known in Brazil.
I don’t know my donor yet, but I believe that donation was a gift  for me and the donor.
“I was saved by an angel donor’s act. He gave me back hope, life and filled my body not only with his marrow, but with lots of love and life! I can not wait to meet and thank my donor in person for what he has done for me” 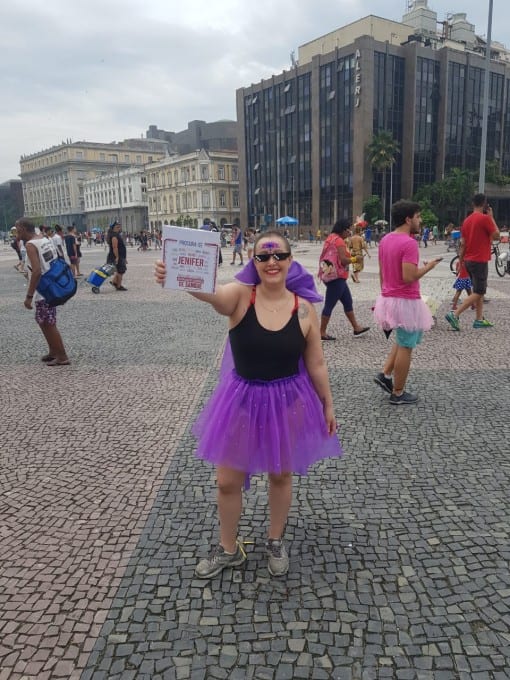