Dr. Steven Larigakis was a well-established family physician practicing in British Columbia, Canada. He was an avid cyclist and swimmer, and loved spending time with family.  In May of 2011 he was diagnosed with a rare and aggressive T-cell lymphoma. After, three rounds of chemotherapy, his kidneys and liver were failing and his condition was nearing end stage. A stem cell transplant was his only hope. A match was found through Canadian Blood Services’ OneMatch Stem Cell and Marrow Network and in September 2011, Dr. Larigakis received the stem cell transplant that saved his life.

Knowing that your survival is dependent upon the generosity of a person you’ve never met is both humbling and inspiring. In the fall of 2012, Dr. Larigakis reached out to his donor, hoping to connect. Katie Karker, a U.S. resident from Michigan, was delighted to hear from him and the two have been corresponding  ever since.

In May of 2016 they met in person for the first time at the Canadian Society for Transfusion Medicine conference in Vancouver. Dr Larigakis was the keynote speaker at the conference, and he had invited Katie to come to Vancouver and attend as well.  His keynote address was on May 13, and at the end of the presentation he invited Katie to join him on stage. The two received a standing ovation from an emotional crowd.  May 13th also happened to be Katie’s birthday – a perfect day to celebrate the gift of life from one person to another. 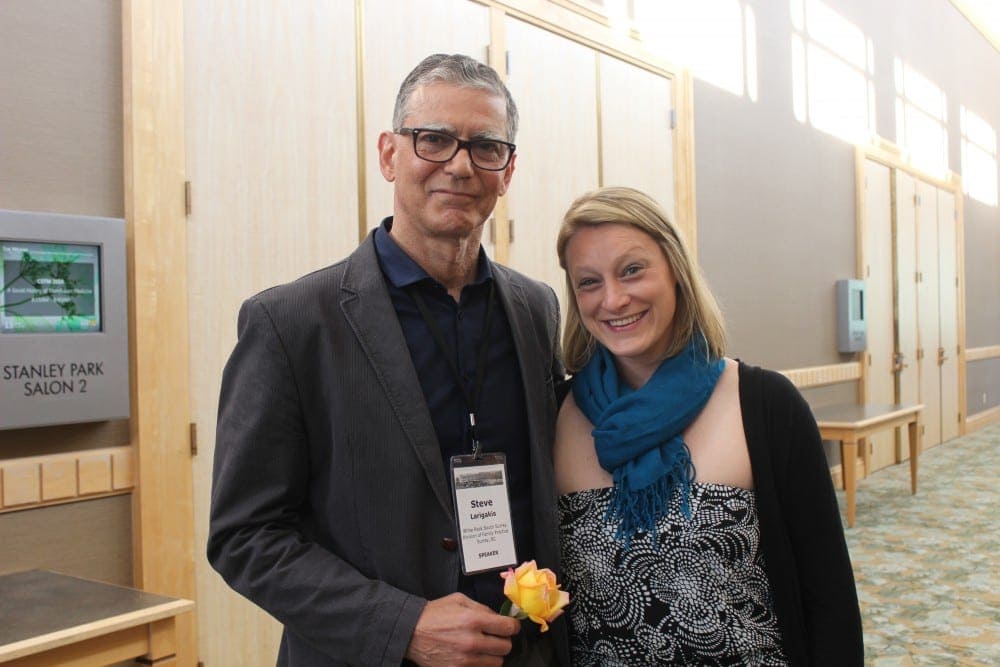