In April 2018, Yair was celebrating Passover with his family at a resort in Kissimmee, Fla. Little could he know that 3-1/2 years later he would be back in Florida for the purpose of saving a woman’s life.

“There was a big white tent set up in the parking lot where the daily prayers took place,” said Yair. “Being a religious Orthodox Jew I attended the morning prayer and saw they had set up a station for Gift of Life to swab new donors. It was an ‘in the moment’ decision – the opportunity was presented to me, and I chased that opportunity. I honestly didn’t think that one day I would be matched with anyone.”

Three years later, Yair received an email from a Gift of Life donor services coordinator. He had moved to Israel during that time and was going to college.

“It certainly came as a pleasant surprise,” he said. “I responded that if I was able to save a life, I’d be more than happy to.”

[Donating] made me appreciate my health more profoundly. If you are ever asked to donate, just remember that there’s nothing more noble than saving someone’s life.

Yair told his close family members and a few friends that he was a match for a woman in her late 30s battling Acute Myelogenous Leukemia.

“When I told my mom I would officially be donating, it was very emotional,” said Yair. “Both my parents and my sister decided to come down to Florida to support me through the donation journey.” He also had other siblings and family members following up with him throughout the process and wishing him well.

“During my donation I listened to a podcast and some music, and talked to my dad,” said Yair. “I was able to use one arm, so I also texted some friends and played some online chess. Nothing too productive!”

Yair had a wonderful time in Florida, and since he was visiting from Israel was excited to be able to spend time with his family.

“I visited several restaurants, relaxed in the Jacuzzi and went to the beach,” he said. “Staying at the Opal Resort was super cool and being able to spend time with my family in such a luxurious place was truly a special treat.”

“The quality of professionalism displayed by Gift of Life staff was second to none,” said Yair. “The nurses were competent, polite and friendly. The car service was excellent. The hotel staff was excellent. The entire experience was on par. I loved the fact that the donation day personnel in the collection center provided me with my favorite snacks.”

When asked if he would like to meet his recipient, Yair said, “That would be so cool! I’d be lying if I said I wasn’t curious about who this person is.”

He’s also personally moved by the experience of being a donor.

“It made me appreciate my health more profoundly,” said Yair. “If you are ever asked to donate, just remember that there’s nothing more noble than saving someone’s life.”

Yair lives in Herzliya, Israel, and is a student at Reichman University. He previously served in the Israeli Defense Forces as a combat soldier, Paratrooper Brigade, Battalion 202. He has many hobbies he pursues in his free time, including piano, calisthenics, running, cycling, chess, investing, filmmaking, cooking, ping pong, swimming, and coffee drinking. 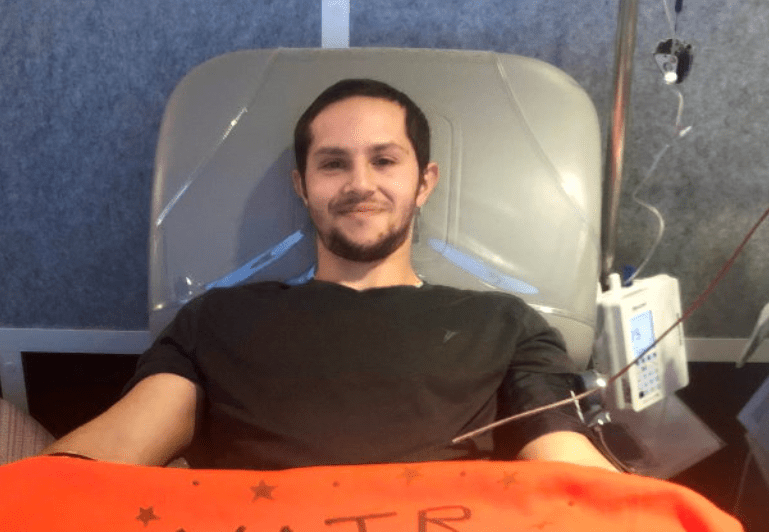